The last post left off with taking a trip to the  shoe factory in China where Chenna Baree studio shoes are being made. We came back on November 28th.  I will simply say that the factory does not fit our stereotypes of Chinese factories, and I feel lucky to have found such a good place to make our shoes. Below are my reflections and some pictures to give you a little impression.

We have all heard about China. We have heard about Tibet, about air pollution, about nasty factories, political repression and about how 'made in China' has created so much job loss in Canada and the US. If China were a person and this were all I knew about her, I cannot imagine wanting to get to know her. It has been a lifelong journey to begin to appreciate how limited my real understanding of just about everything is. China is no exception.

I grew up with next to no exposure to Native American culture. Like many of my generation, I largely accepted the western narrative because that is all I was exposed to. In general terms the narrative is one of laziness in the face of opportunity and wasted government hand outs.  Fortunately  for me, in Canada a much deeper narrative is unfolding. Truths never before written in History books are seeing the light of the printed page and are being seen on Youtube videos. These new stories have had a transformative effect on my feelings and on my understanding.   My real guilt is for having questioned so little what I was told. I should have been taught better, and I should have known better. Now I know that truth is not found on the surface of things. So now I try not to hold opinions too strongly, because for the most part I only know the surface of things.

I have been a shoemaker since 1980. I have been studying Chinese (Mandarin) seriously for two years now, and for many more years as a dilettante. I am now able to communicate about very basic things with a limited vocabulary. I have dear friends in China, and dear Chinese friends here in Canada. That is the most wonderful thing about pursuing an interest.

Having shoes made in China has some depth. In some ways it contains a tragic sense of surrender. During the course of about 20 years of my life I watched as shoe companies across Canada one after another closed. One in particular that you might remember from your childhood was called Bonnie Stuart. That factory was owned by a good friend of mine, Cam Stuart. One of the last to go in Canada was the Hart Shoe Factory right here in New Brunswick. These were beautiful businesses. I think that manufacturing can return to Canada. I think that our ability to do so will depend upon our ability to adopt more democratic ownership structures, many examples of which are appearing in North America. But more on that later.

For now, China is the best place to have the Chenna Baree studio shoes made. That is because the design is inspired by the same shoes that have been worn by Chinese farmers, workers and school children. The design elements I was looking for; natural fabric uppers, natural rubber soles, vulcanized for ultimate flexibility and durability, these are all the elements found in Jiefang Xie （解放鞋） otherwise know as 'liberation shoes'. The factories which make these shoes tend to be older factories often in rural settings. After considerable research I found two such factories which I visited on two separate trips to China. The factory I have chosen to work with is pictured below. Both my sisters and I were struck by the genuine easiness of feeling that flowed between the workers and the owner. We spent two days together, and were open access to the factory and its workers. My sister made an interesting discovery there. On the factory premises fresh vegetables are grow to be served in the cafeteria. I didn’t expect that. 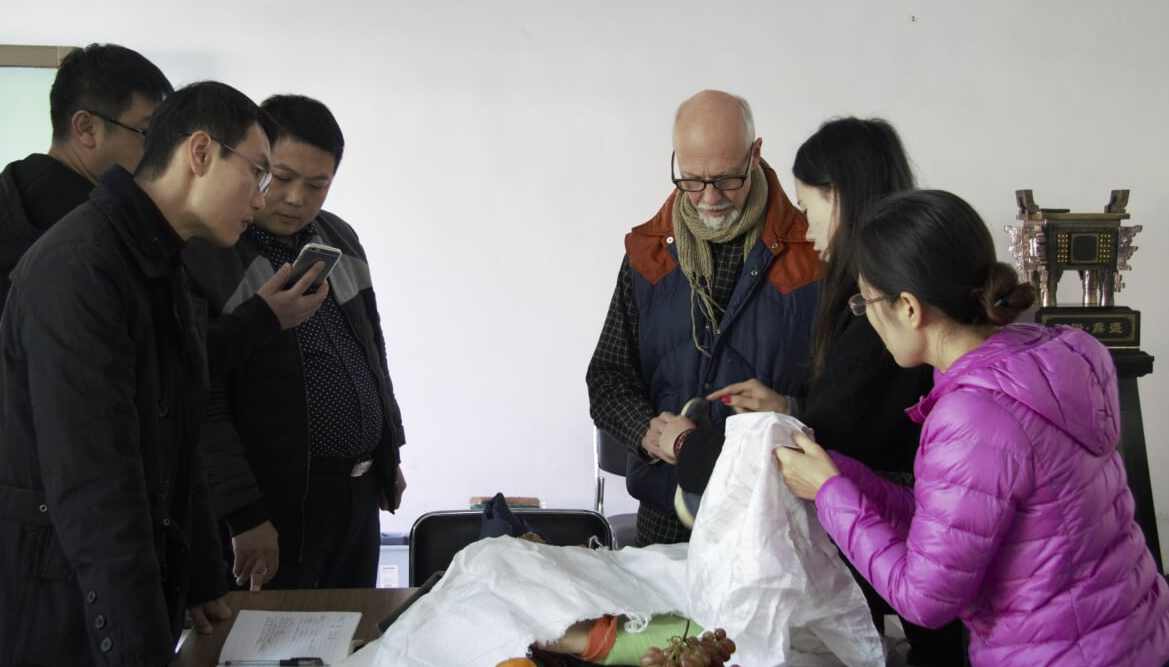 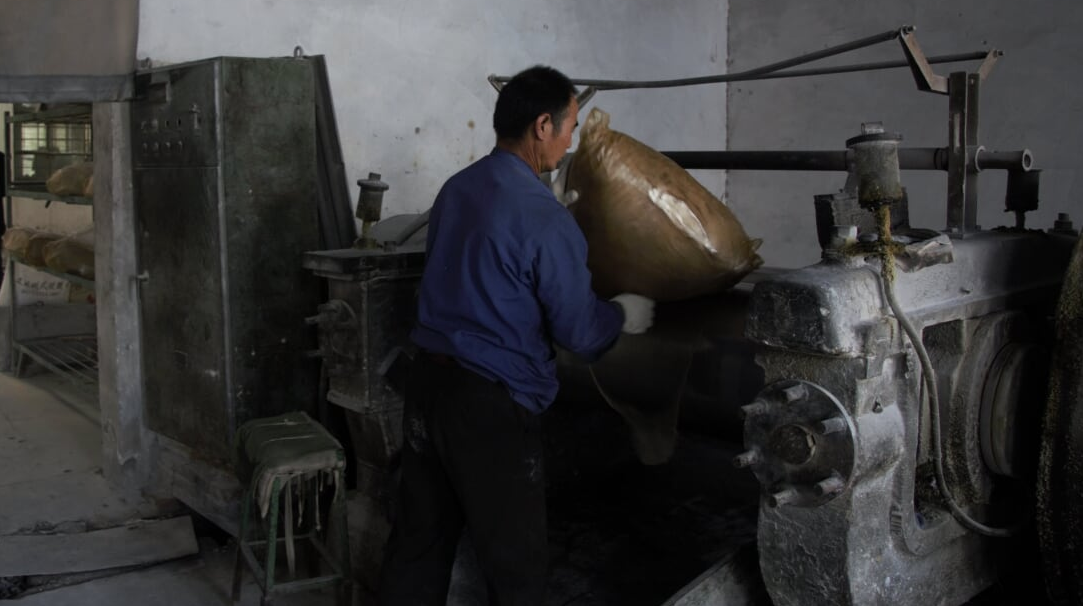 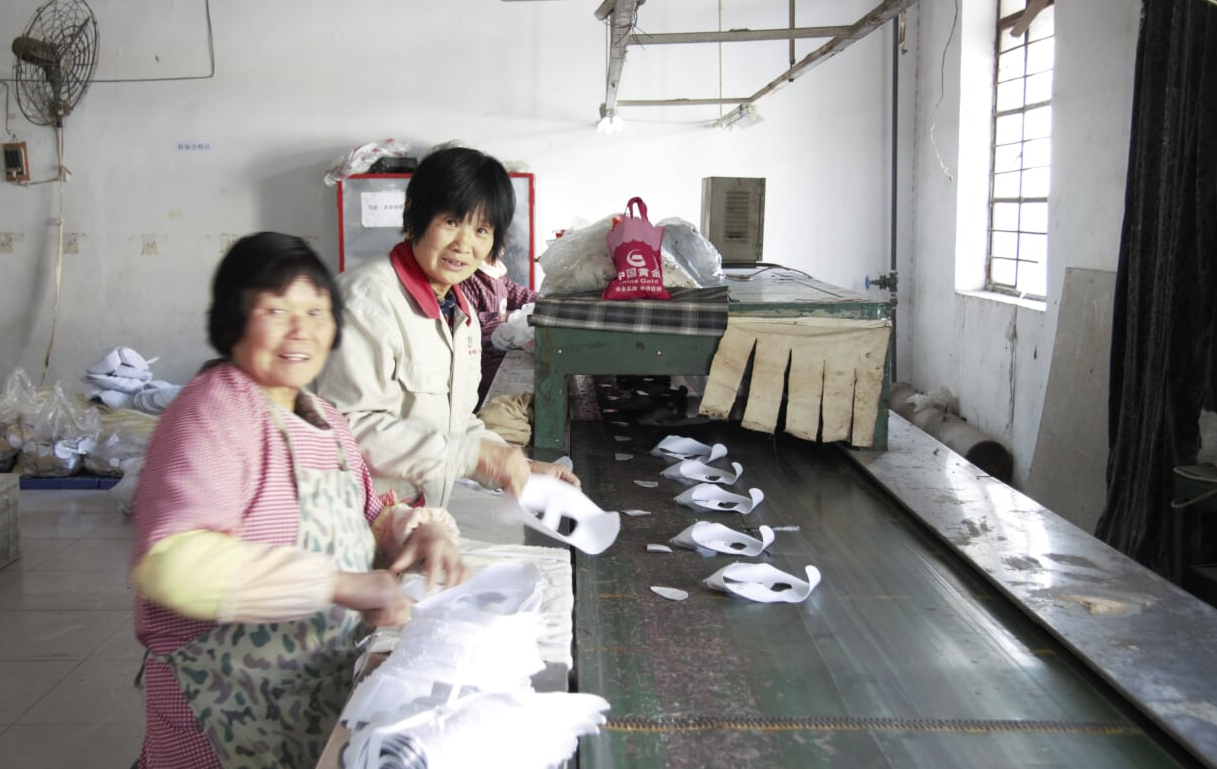 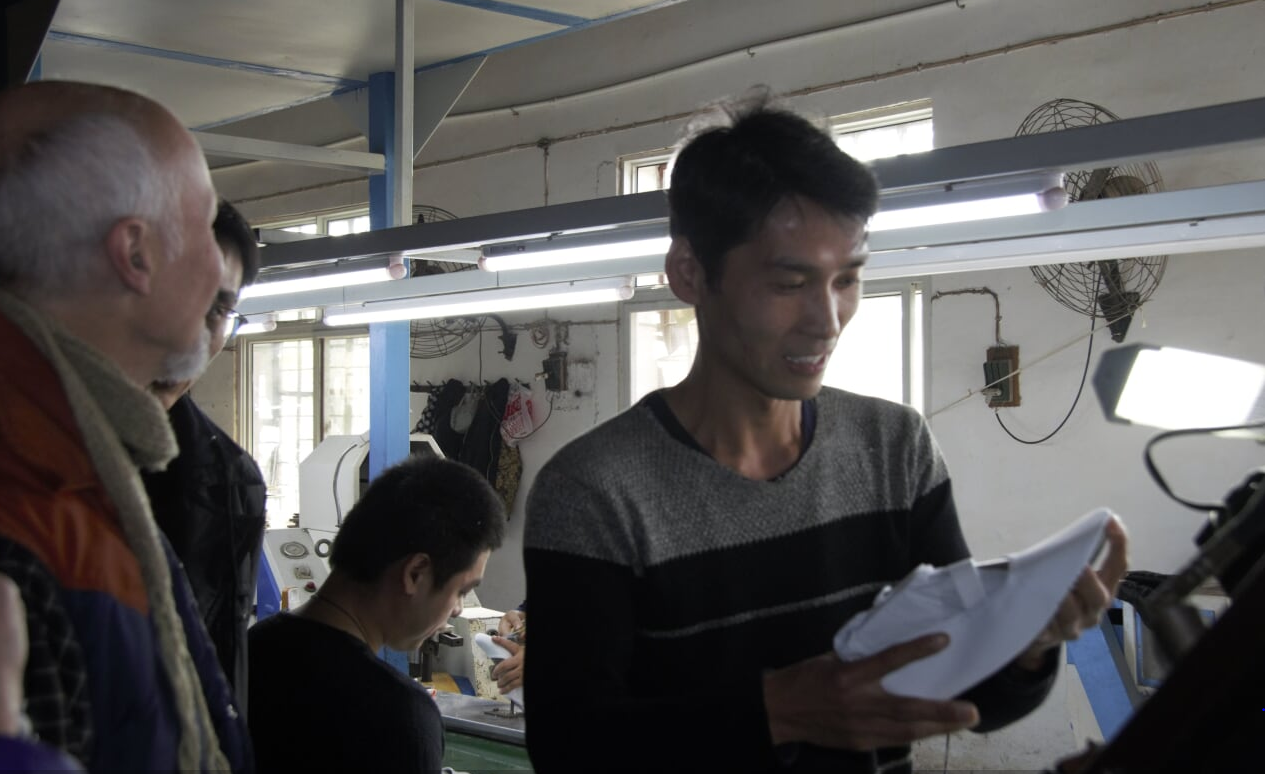 Putting uppers on the last 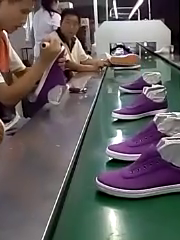 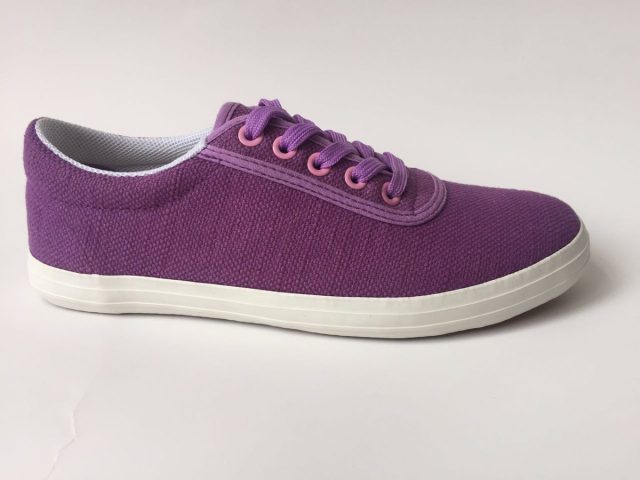 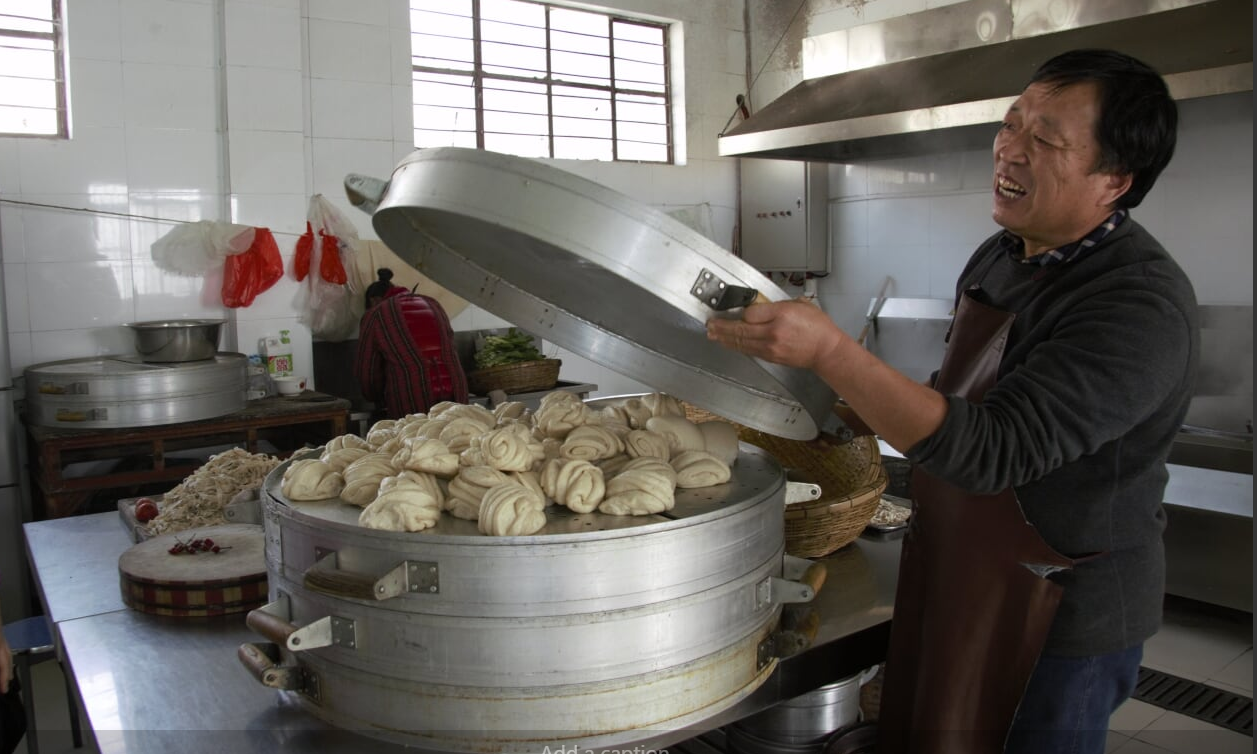 Becoming a member of the School of Unusual Arts

The School of Unusual Arts is a registered Canadian non profit organization. You can purchase shoes on our website. In a few weeks we will be launching a crowdfunding campaign to enable our first full color production order of Chenna Baree studio shoes to be made. The best way to keep in touch is to become a member. It's free. If you want to support our efforts or get more involved, you can also become a paid member.

A special thanks to my editors: my wife Roxanne Kasdan, my mother Donna Kasdan and my good friend Tom McLean